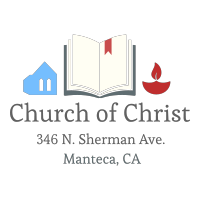 Can the Bible be trusted?

If the Bible is not worthy of our trust, nothing really matters in religion, and we are wasting our time. On the other hand, if the Bible can be trusted, then you owe it to yourself and your loved ones to consider carefully what the Bible teaches. Fortunately, this subject does not come down to mere subjective speculation, or “our word against their word.” In this limited format, we will focus on four evidences that point to the Bible’s divine inspiration.
Fulfilled Prophecies
An important proof of the Bible’s inspiration is the fulfilled prophecies within its pages. No other book has dared to reach out and predict the future as the Bible does, and yet it does not fail in any point. There are over three hundred prophecies concerning the Messiah found in the Old Testament, and each was fulfilled by Jesus. Isaiah prophesied the Messiah would be born of a virgin (Isaiah 7:14, fulfilled Matthew 1:22–25). Micah prophesied the Messiah would be born in the small, insignificant village of Bethlehem (Micah 5:2, fulfilled Luke 2:1–7). David prophesied the Messiah would be killed and yet would rise from the grave on the third day (Psalm 16:8–10; 30:3, fulfilled Matthew 28:1–7). Isaiah portrayed the character, life, and death of Jesus centuries before He was born (Isaiah 53). Zechariah prophesied the Messiah would be betrayed by a friend for thirty pieces of silver (Zechariah 11:12, fulfilled Matthew 26:14– 15). All of these prophecies were made more than four hundred years before Jesus was born. Such prophecies cannot be dismissed as educated or lucky guesses.

Unity of the Scriptures
​The Bible contains sixty-six books that were written by at least forty different men, spanning sixteen hundred years. The list of authors for the Bible includes shepherds, soldiers, kings, musicians, captives in foreign lands, farmers, fishermen, a doctor, a tax-collector, a tentmaker, men who were well-educated, and men who were not. They wrote from many different countries: some wrote in Palestine, some in Egypt, others in Asia, Italy, Babylon, and Persia. They wrote from prisons, palaces, fields, and islands. Because they were separated by time, distance, and circumstance, many of the Bible authors never saw, spoke to, or even heard of the other men who helped pen the pages of Scripture.
​
​Yet, when all of these books were brought together, they harmonized perfectly with one another, without contradiction or discrepancy. Each wrote of the same God, the same Savior, the same fears, and the same hopes. Impossible? Sure it is, unless these men were somehow guided by a single “Master-Mind.” This “Mind” can be none other than the Eternal God. If the Bible were not inspired by God, we would expect to find all sorts of differing opinions, concepts, and values. The fact that the Bible is a unified whole, despite the fact that forty men of different backgrounds and periods penned its pages, testifies to its divine authenticity.
Scientific Foreknowledge
​In a book written when the Bible was written (1500 B.C. to A.D. 95), one would expect to find many superstitions and inaccuracies, especially regarding any scientific statements made. However, just the opposite is true. Even though the Bible is not a science book, we find that all scientific facts presented to the reader are accurate. Further, the scientific facts that are presented contradict the superstitions and scientific fallacies that ruled the understanding of ancient times.

When the Bible was written it was universally believed that the earth was flat. It was argued that if one traveled too far toward the edge he would fall off. Finally, after many centuries had passed, some men got up enough courage to sail across the ocean to prove that it was round. If man had listened to the Bible, he would have known this all along. The Bible writers spoke of the rotundity of the earth long before man discovered it. We read in Isaiah 40:22, “It is God that sitteth upon the circle of the earth”, and in Prov. 8:27, “He setteth a circle upon the face of the deep.” Here these writers describe the earth as being round. They could have learned this only from God, since man did not know it for centuries later.

​Job also wrote of God, “He stretches out the north over empty space, and hangs the earth on nothing” (Job 26:7). At the time Job wrote this there was little accurate knowledge of the universe. The thinking of the day was that the earth had to sit on something—the law of gravity proved it. Some thought it rested upon the back of a great turtle, while others held equally ridiculous theories. How was Job able to know that the earth was suspended in space, hanging “on nothing,” thousands of years before telescopes or space travel? He must have had help from someone greater than himself.
The Bible has endured the test of time
Finally, the fact that the Bible has endured the test of time is evidence of its inspiration. This great book has survived three great threats, any one of which would destroy a normal book:

Hate
The Bible has survived the threats and warfare of those who have hated it. Through the ages, people have tried to destroy and discredit the Bible. Roman emperors of the first three centuries tried to destroy it. They were unsuccessful.

Misrepresentation
The Bible has survived the misrepresentation of its teachings. Through the centuries, people with varying motivations and aspirations have misrepresented the Bible’s message—some for ill-gotten gain, some to gain a following and foster new denominations, some to justify their own ideas. No book has been used, abused, and misquoted like the Bible. Just look at our nation. There are more than three hundred denominations, all claiming to believe and practice the message of the Bible, and yet believing and practicing different things! Even so, despite the religious confusion brought on by human misrepresentation and exploitation, the Bible lives on.

Neglect
The Bible has survived the neglect and hypocrisy of those who claim to love and practice it. Though it is the bestselling book in the world, it may be one of the least read. Of those who have taken the time to read the Bible thoroughly, not all are committed to its teachings. Sadly, neglect and hypocrisy have done tremendous damage to the cause of Christ. Yet, despite the neglect and hypocrisy throughout the ages, the Bible survives and its message still finds its way into good and honest hearts. Years have come and gone, and the Word of God continues to be published and read by people everywhere. The fact that the Bible has survived the test of time suggests there is something special about it—it is inspired by God. Jesus said, “Heaven and earth will pass away, but my words will not pass away” (Matthew 24:35).  ​
Conclusion
When we open the Bible, we have before us a book that claims to contain God’s message. The evidence confirms this claim to be true. It is more than the Good Book, it is God’s Book. The Bible contains everything God wants us to know about Himself, His creation, and our destiny. It is the only book containing the divine message of how we can escape sin and corruption to find a home with Him. In this sense, it is not just any book—it is “the book.”